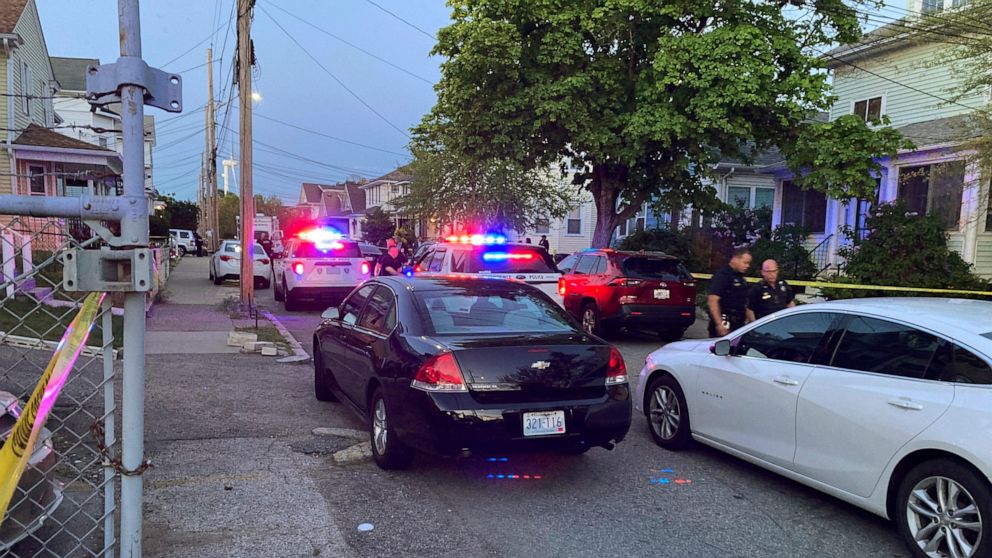 PROVIDENCE, R.I. -- Nine people were wounded Thursday evening in Rhode Island's capital in what police there believe to be the largest shooting in city history.

He said multiple guns were used and it involved an “ongoing feud” involving two groups known to authorities. He said the shooting began with gunfire emanating from a vehicle, targeting a home. A person or people inside the home then returned fire. He described the participants as “young men."

The shooting took place just before 7 p.m. in the southeastern neighborhood of Washington Park, which Clements described as a typically quiet neighborhood.

Clements said an estimated several dozen shots were fired. Evidence markers showing where more than a dozen shell casings littered the ground could be seen in the distance. Police sealed off the area.

No arrests have been made. Clements stressed the investigation was in its early stages. Detectives were at the hospital interviewing the victims, who are between the ages of 19 and 25. Further details about their identities were not released.

He said police have made strides to get guns off the streets and thus called the shooting “very disappointing.” The suspects and the victims “might be one and the same,” he said, without providing further details.

“There'll be names you may recognize; we certainly know from police work,” Clements told reporters.

“I've spoken with a number of the neighbors, and everyone is shaken,” he said, adding that he's promised extra patrols and security in the neighborhood for the coming days.

Prior to this shooting, Providence had seen 19 gunshot victims and seven homicide victims by gunfire in 2021, Clements said.

“This has to stop,” Elorza said. "The young people involved, believing that the way to solve their disputes is with a handgun — I mean, that can't be the way."